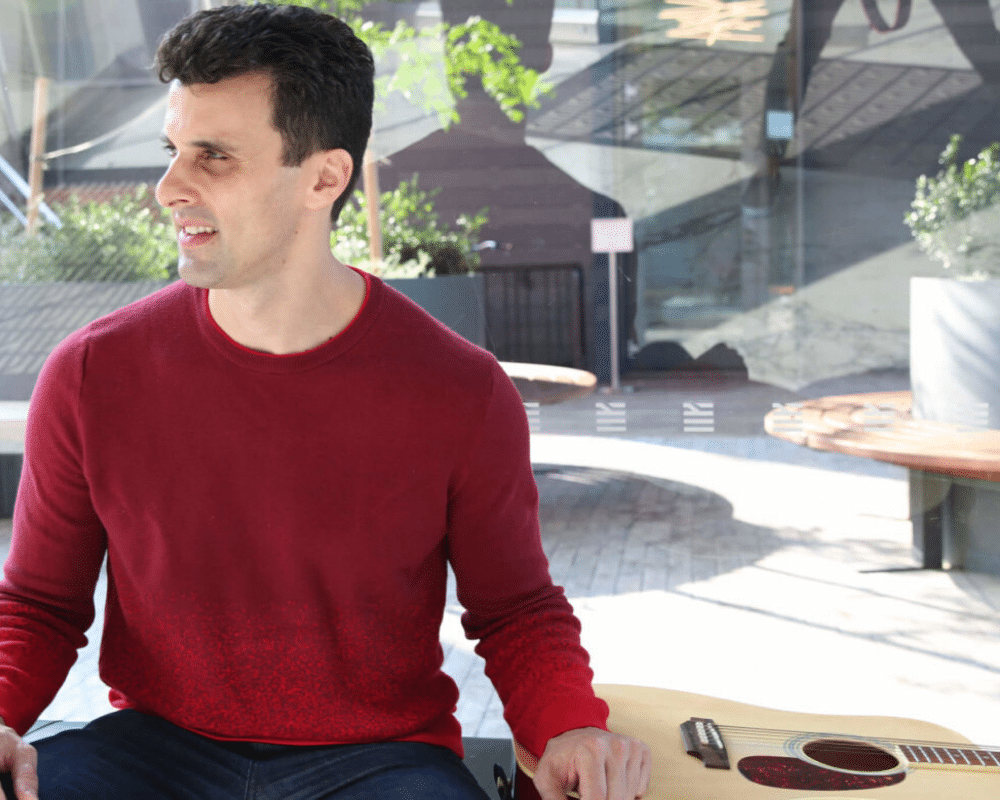 “These songs coalesced around the idea of facing adversity and overcoming obstacles,” says Jason. “Over the years I’ve resolved my angst and became more sympathetic.” Romantic relationships, family, literature, fantasy and the culture surrounding him have become his personal points of reference in these stories.

What inspires Jason are characters in circumstances far different than his own, yet sharing a common thread of humility. For his song “Labyrinthine,” the pointed lyrics evoke the protagonist in the William Styron novel Sophie’s Choice, with driving string lines and tumultuous rhythm propelling her toward certain oblivion. The call and response harmonies in “Three Marionettes” portray the hardships endured by child refugees in the Second Sudanese Civil War; their oppression a symbol of the boundlessness of human cruelty.  “In a greater sense, none of us can emerge out of any trauma unscathed,” he notes.

“The reason that we love film and art is that they bring us out of ourselves, show us someone else’s reality, and in doing so, allow us to understand ourselves more through the process… As hard as life can be, grace and compassion will always keep our heads about the rising tide.”

For “The Persecuted,” he references recent history when the New York State Supreme Court validated marriage equality. “When you are going through a difficult moment, it helps to realize that persecuted people, even in the throes of despair, have found ways to overcome their struggles,” he says. With the evocative “Autumn Hymn,” Jason imagines echoes of Charles Ives and the sound of a marching band disappearing into the dusk, a metaphor to mirror the passing parade of life.

Born and raised in the village of Dix Hills, Long Island, Jason recalls his first imaginative instincts as a child. “I was interested in creating something from nothing, and sharing it with other people. I felt like an outsider to some degree; introverted and intrigued by intricacy.” After attending Binghamton University for Music Composition and studying film scoring at NYU, he apprenticed with acclaimed TV composer Gary Pozner and subsequently wrote music for various short films, documentaries and mixed media projects. Soon, however, Jason felt the urge to shift his focus to live performance, opting to reinvent himself as a singer-songwriter.