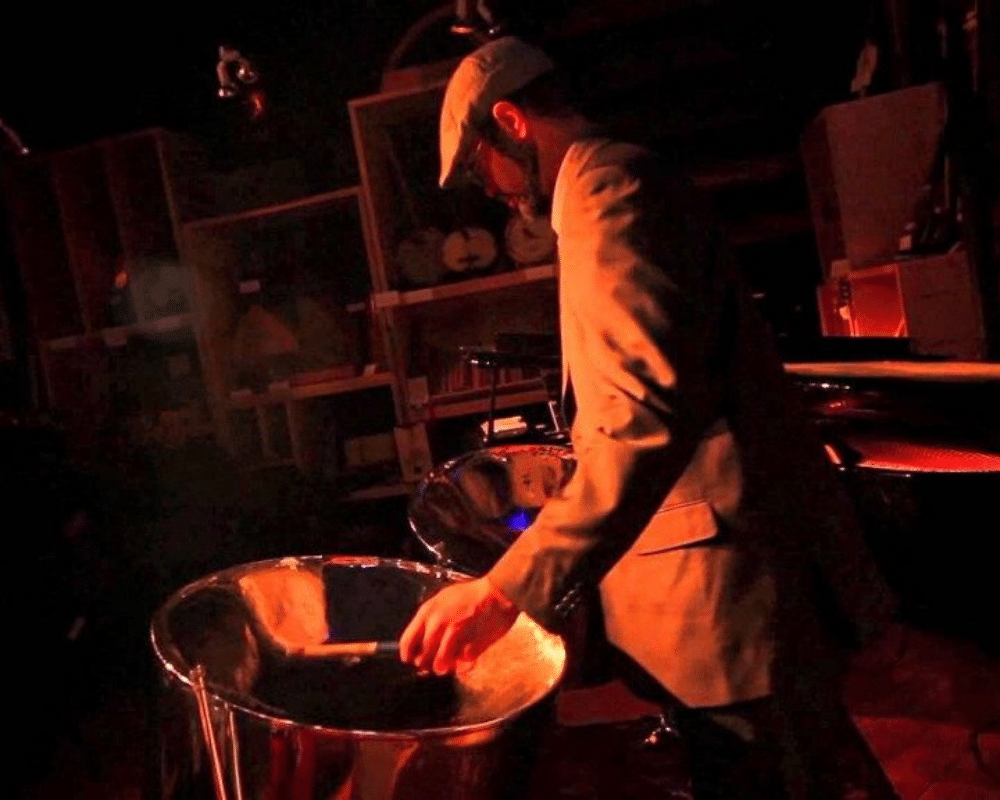 Born in Toronto, of Trinidadian descent, Mark Mosca knows his way around a pan.  His passion for music is evident as he flexes his versatility with ease, whether as a solo artist, instructor, producer and arranger, or member of his band, Canefire.  He is known around the world as one of the best, youngest players and arrangers of the steel drum.  And as genius as he is on that instrument, it is one of many that he plays with ease.

He is a unique and captivating performer that aims to push the steel drum art form to new heights.  The list of contemporaries that he’s played with reads like a who’s who in the of musical talent realm both here and abroad, (Andy Narrell, trumpeter Nick Ali, and Canadian Jazz great, George Koller, just to name a few).  Mark has wowed audiences at several local and international Jazz Festivals, and was featured on the Jazz for Haiti Charity CD where he composed and recorded an original piece in 2010.  He has also opened for the likes of Smokey Robinson and Chaka Khan.  Mark Mosca is synonymous with Music.  And he’s just getting warmed up.