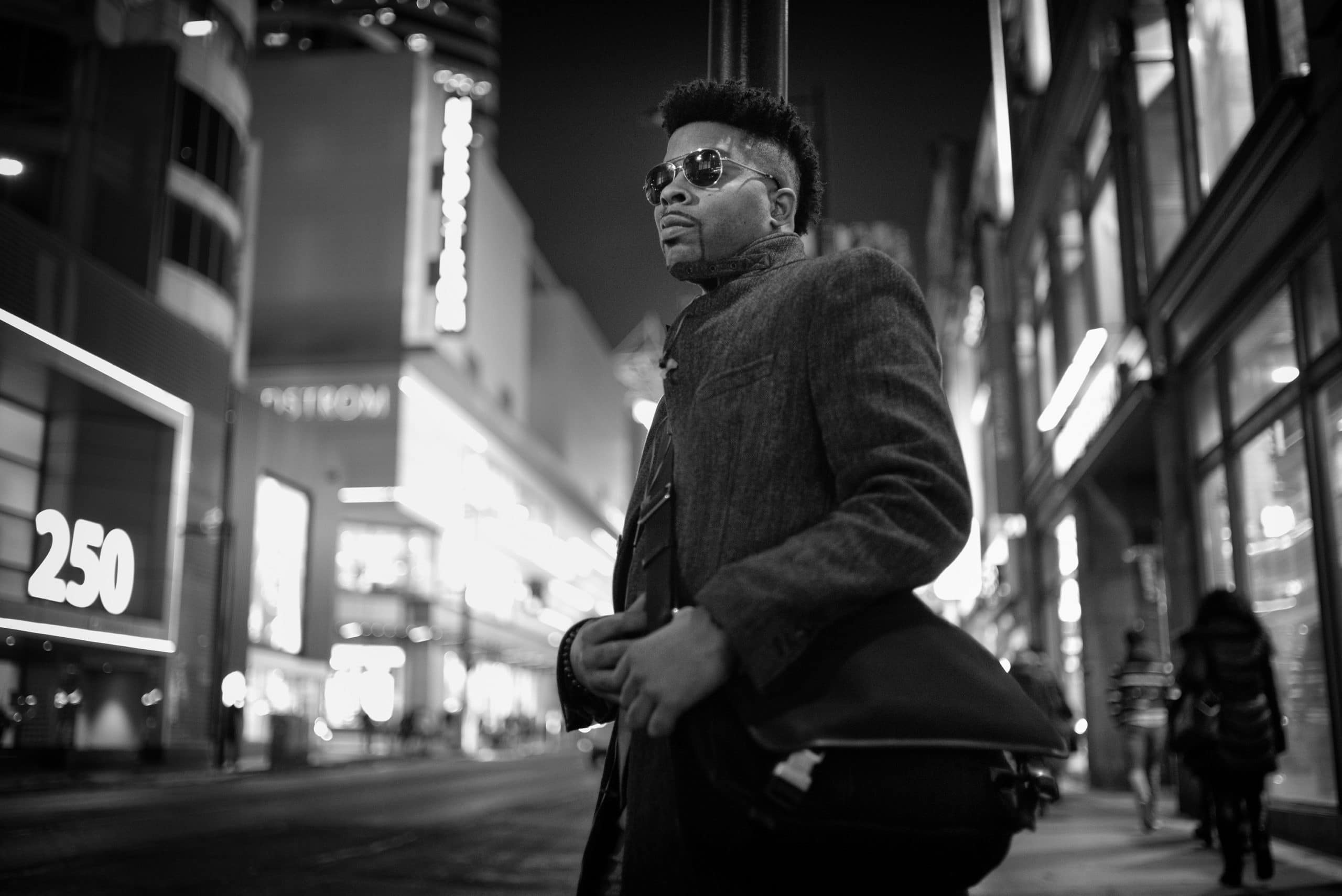 He is an actor and music enthusiast. Anyone who knows him knows he doesn’t breathe right without his music. It’s been his obsession since hearing his first Bee Gees harmony at four years old, getting his first cassette (Pointer Sisters) at six years old (still rock that one), to his discovery of Michael Jackson and New Edition at seven. It was always something that was bigger than him, something he was unable to control.

At the time, with the exception of Michael, this music that he loved was, by no means, the popular choice. In the small western Canadian towns where he grew up, he had little, to no, access to urban music. All he had was a weekly one-hour program (Soul In The City) on a new channel called MuchMusic and a brand new VCR. That’s really all I needed.

Now he’s not only a fan of the entertainment game, but he considers himself a part of it. He may not have an official title, but he’s always had my fingers on the pulse. I’m leaving my mark through the input and opinion that some of my famous friends (Nasri [lead singer of the band Magic!, writer of “Never Say Never” — Justin Bieber; “Crawl” — Chris Brown], Ivana Santilli, Quddus, etc.) hit him up for from time to time.  He’s also making some noise as a music and entertainment blog writer here on his blog as well as MobToronto.com.

He is leaving his mark as an actor by starring in shows like Shadowhunters, Fatal Vows, three independent American Feature Films (American Soldiers, The Four Horsemen, Conduct Unbecoming) and a few more.  Acting, to me, is an extension of the performance part of me that I discovered when I used to sing in my acapella group.  I act for the same reason I sang, to move people, to make people feel something.  He does not believe in running from emotions, he thinks we all need to face them head-on a little more, no matter what they are.