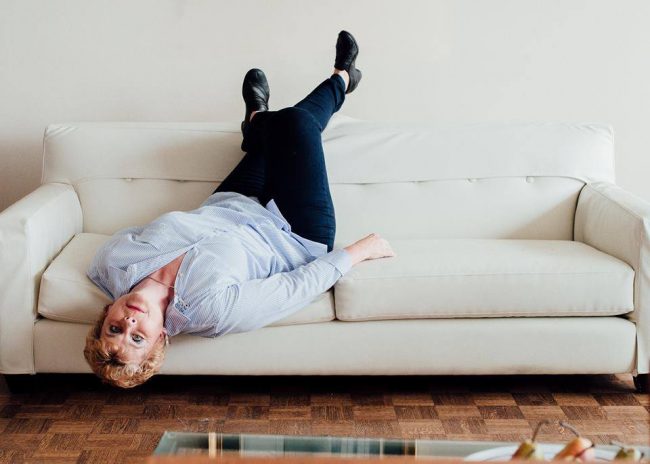 “Kimmett is one of Canada’s most brutally honest and hilarious storytellers.” (Steve Patterson, The Debaters)

Deborah Kimmett is a storyteller, writer, and teacher. She is a Second City Veteran who for 14 years she has been performing on CBC Radio’s, The  Debaters. In 2020, she performed lead roles on TV shows such as Frankie Drake, Tall Boyz, and Gayle Pile. She was also nominated for an ACTRA award in 2019 for her outstanding performance by a female for her role as Patty in the film, Keep Coming Back.

In 2019, her one-woman show about aging, Downward Facing Broad, toured Canada and was broadcast on CBC radio and is now a comedy album with Howl and Roar Records ( it was rated 5th on Itunes in Canada). About to go back on tour when COVID hit, Deb adapted and created online shows and writing coaching programs.

Her popular writing workshops ( on Zoom) coach writers on how to tell their stories.  Check out the fall schedule. Besides teaching creatives, for 40 years she has logged hundreds of hours writing for TV, has written 5 plays. Her play The Year of The Suddenly has raised thousands of dollars for Hospices around Canada. A Woman of No Fixed Address that addresses the unique issues facing homeless women is being released in 2021. Her 4th book, a memoir called Window Shopping for God, will be published in late 2020.

Kimmett’s quick to adapt quality is what makes her popular on the speaker circuit. ( Ontario Hospices, BMO, Queen’s University, P&G are happy clients) She has developed both pre-recorded and live stream webinars to help keep your spirits up. Check out her topics here.