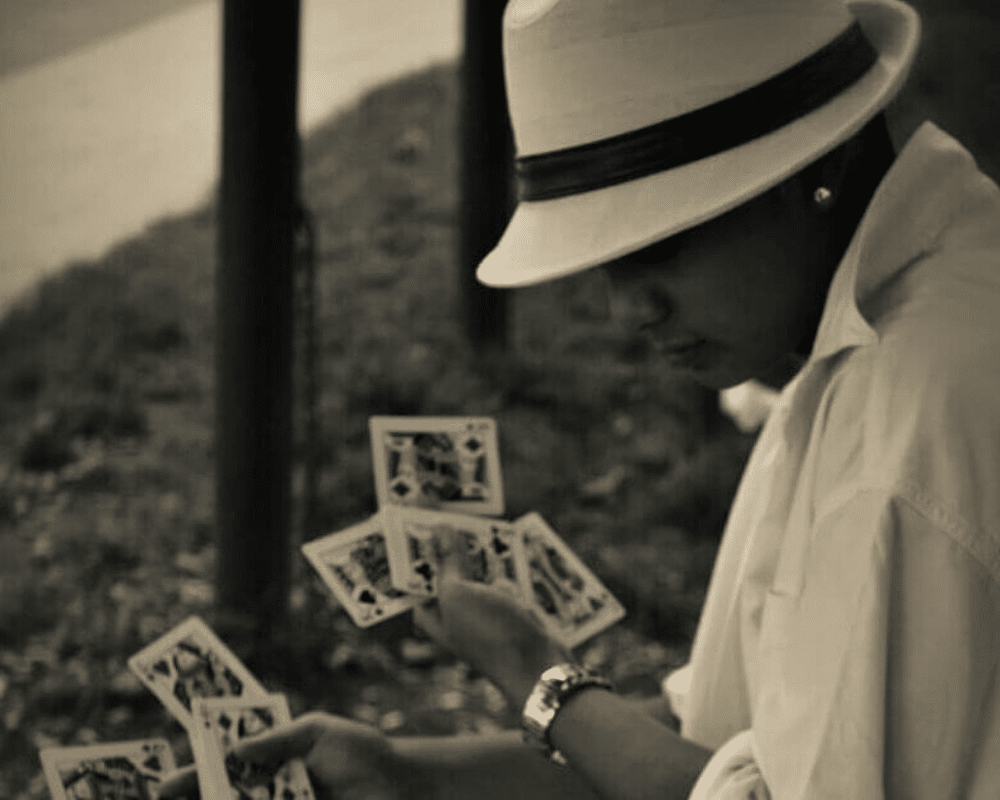 You gotta watch his hands.  I mean, really focus.  IS he REALLY that fast?  Or is it…. something else?  After a few minutes, this will be the question on your mind, along with several other single word sentences like:  “Astonishing.”; “Amazing.”; and “Howthehell–IDontunderstand–amIevenawakerightnowbecausewow.”

Shade took the time to perfect his craft and has been blowing minds all over the world for years.

A self-described, non-conformist, Shade’s love for magic and his mastery of it became his escape and creative outlet for self-expression.  He specializes in Close-up Magic — magic that does not use camera tricks or elaborate stage set ups, or smoke and mirrors, it’s face to face, just him and the audience,… or prey.

“I have loved magic all my life… My performances incorporate magic and deception to entertain and tell a unique story that hopefully leaves you inspired.”

“It makes the magic more believable and more intimate to witness it right in front of you.”

To Shade, magic is the ability to emotionally connect with someone, to transport them somewhere else, just for a moment.  IF done right, that feeling will stay with you years later.  Magic is the tool he uses to make people happy.

This joy conjurer has such a bright future, he’s gotta wear Shades.  Book him while you can.

“A grown-up is basically a child with layers on and when I perform magic, it breaks down their defences and barriers…For a moment, all of their stress, worries and problems go away.  Those [moments] are the reason why I do magic.”