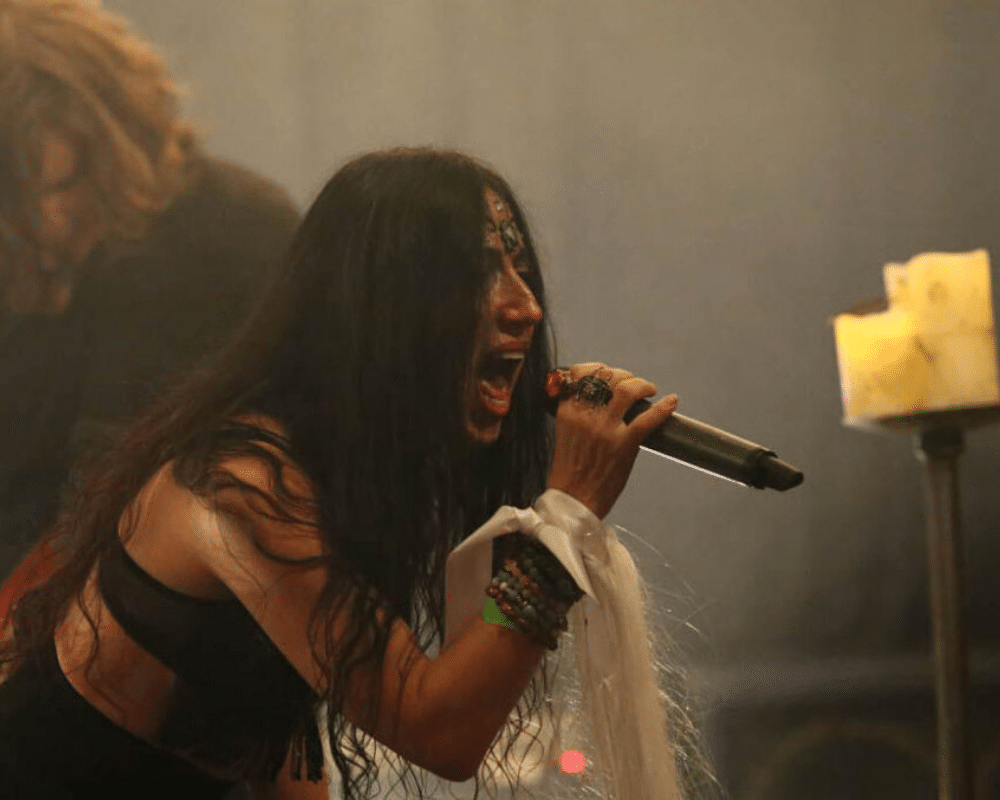 Vajra has toured and played with national acts like Buckcherry, Shamans Harvers, Ghostship Octavius, Eve To Adam, and others.  They played at the Loudwire Music Festival with acts like Rob Zombie, Weezer, and Linkin Park, as well as at Rock-fest in Cadott, Wisconsin with acts like Marilyn Manson & Alice In Chains.

“Vajra is really something special and have managed to come up with a completely new sound of metal.  The bring mystical, moody, and haunting melodies to the stage that are completely entrancing.  Lead singer, Annamaria Pinna’s voice and presence was captivating.”

Annamaria believes that there is divinity in creativity.  A realization that she might have come to due to “suffering” from a neurological condition known as synesthesia, that causes her brain to see certain colours and shapes when she hears certain sounds.

In their short time together, Vajra has garnered multiple accolades including being awarded Best Rock 2017 at the Richmond International Film Festival.

You need to catch this band’s heat, so you can say you saw them live BEFORE the inferno, because… its coming.